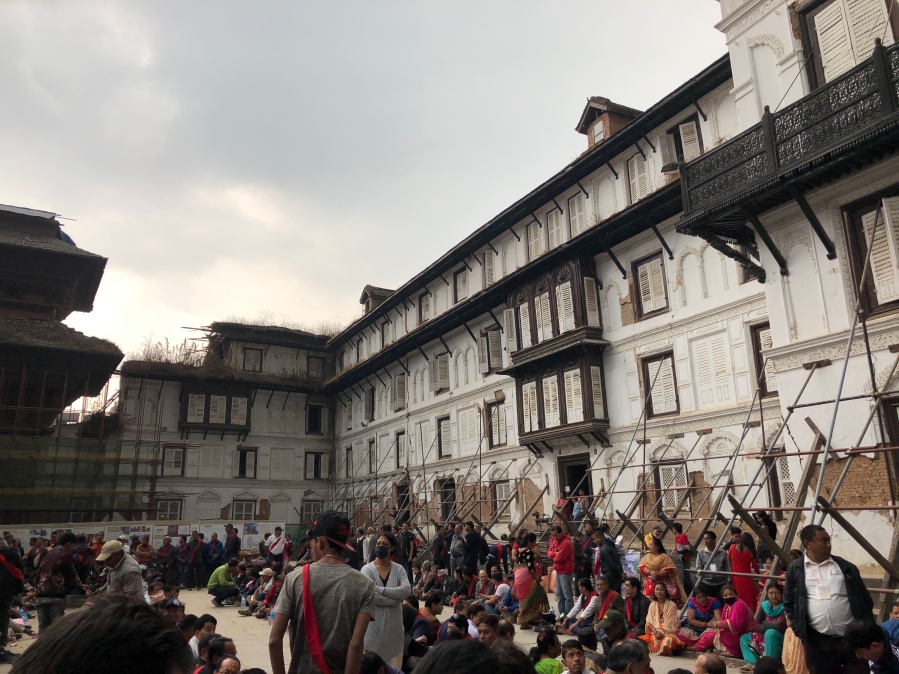 The first thing you’ll notice about Kathmandu is the dust. Walking around the city, everyone – tourists and locals alike – walks with masks stretched across their faces. Horses, motorbikes and cars trundle past, leaving gritty clouds in their wake. Spend any longer than an hour walking around, and you’ll begin to feel the dirt in your mouth, crunching between your teeth. Every morning, locals fill the streets with buckets of water, pouring them onto the ground in an attempt to make the dust settle. A few hours later, it is all dried out and the dust clouds the air again.

Onto the positives though. Food.

Kathmandu was the place where my MoMo obsession first took hold. Two weeks later, when I was walking along the Annapurna circuit, it was always the thought of MoMos that kept me putting one foot in front of the other to get to the next teahouse and scan the menu eagerly for MoMo. Influenced by nearby Tibet, Nepali MoMos are juicy little dumplings made from soft dough and shaped like tiny Cornish pasties. Typically you’ll get a plate of ten arranged around a little pot of tangy dipping sauce. Sometimes they substitute dipping sauce for ketchup and this is foul.

Beware. For such an unassuming food, the quality varies greatly. Not all MoMos are made alike. By far the best ones I had were also first ones I had in Newa MoMo Restaurant, where a few wooden tables are assembled under a shelter down an unassuming back alley. A small window looks into the kitchen and a simple menu lists many different types of these dumplings. We ordered potato and cheese, spinach and cheese and vegetable. They were plump and delicate, the dough was light and silky and the fillings were juicy and flavoursome. They set the bar high. No other MoMos quite matched up, and some were downright terrible – horrible concoctions of thick lumpy dough that crumbled when prodded to reveal dry, powdery fillings.

On Saturday evening, we climbed up the never-ending concrete steps where mischievous monkeys taunted stray dogs in a booming festival of rabies risk, heading up to Swayambunath – the giant stupa on the hill. We walked around it clockwise, spinning the prayer wheels as we went. Prayer flags were strung in every direction and the noise they made when the wind caught them sounded like an enormous flock of birds taking flight. As the sunset, young monks in their deep red robes chased around the temple courtyards playing football. Young Nepalis in running gear chugged up and down the stairs, looks of grim determination on their faces. We exchanged a ten rupee note for a woman selling stacks of small copper coins from a rug on the floor and took it in turns to throw them across a pond towards a tilted urn in the centre.

We began to notice evidence of the infamous 2015 earthquake. Several structures were remnants of their former selves and piles of rubble still lay in conspicuous places around the temple grounds.

The next day, the extent of the earthquake damage was even more apparent. We visited Durbar Square, the historic centre of Kathmandu and a place where towering temples and palaces crowd around each other, almost vying for space. It was an impressive sight but also a sobering one. Most of the once proud buildings are held up with wooden supports. Some have lost their roofs and, in others, whole walls have disappeared, revealing glimpses into their abandoned rooms inside. The Basantapur Tower, once nine storeys high, has now been reduced to only three, held together desperately with a warren of scaffolding.

Large signs announce that funds from the US and China are both helping to repair the damage, but it’s a huge undertaking and it’s unlikely that the square will ever be the same again.

I remember reading about the earthquake in the news in London in 2015 as I ate my lunch at work, and I can recall distinctly the image plastered across the front page of one newspaper of a large rock cracked in two with people clinging to either side of it. At the time, Nepal seemed so far away and so distant; the news registered but it didn’t seem real. Seeing it here, I began turning every corner and wondering what it would be like if the thing you took most for granted – the stability and stillness of the earth beneath your feet – suddenly disappeared. Walking around the city, peering up at the tall, skinny buildings of Kathmandu, it made me nervous. A couple of weeks later, when I was trekking in the Annapurna mountains and navigating skinny paths alongside sheer drops with a brain addled by altitude, it was a terrifying thought.

As we wandered around the square, the sky began to darken. Very soon, rain was pelting down and cracks of thunder ripped through the air. We retreated first to a cafe and then back to our hotel, dodging swirling brown streams and silty puddles that collected in the roads.

Obviously, there’s so much more to Kathmandu than dust, dumplings and earthquake damage. Being accustomed to a society where religion divides people, it was refreshing to see how different beliefs co-exist alongside each other peacefully in this city. We saw courtyards where Buddhists meditate alongside hindu imagery, and one square shared by three monasteries with three different forms of buddhism. Most of all – and especially after India – it seemed calm. It was dirty and dusty, but everything seemed happier and less hectic than the places we had left. It was a good sign for the month we were about to spend there. 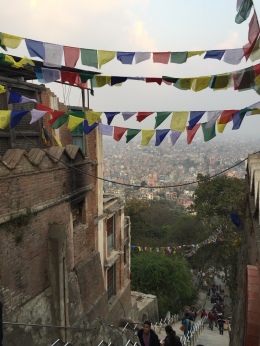 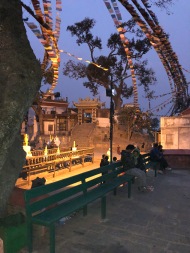 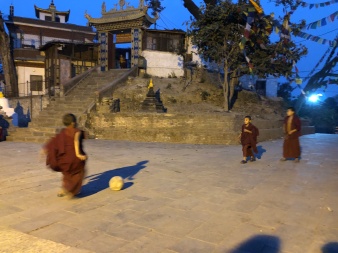 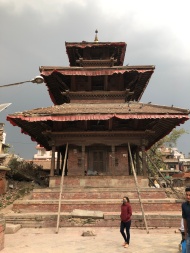 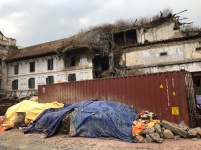 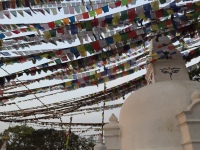 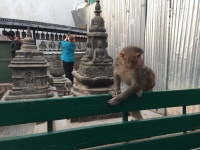 Travelling and writing about it View all posts by Rachel